Today was Katie's turn to take us sightseeing. We were to head north towards Massett and see North Beach and Tow Hill. This was promised to be a spectacular day and that wasn't a lie.

We took off for a 115km drive up the island. A quick stop a Jags for a coffee was in order. The weather was acceptable for the day. There is always a chance of rain and wind on the island so we were prepared none the less. The highway passed through Naikoon Provincial Park just outside of Tlell. This is a large park that occupies the north east side of the island between the highway and the beach, all the way to Rose Point on the very north end of  of Graham Island. We saw countless deer and ravens along the way through the park. We passed Port Clements, a logging community on the shores of Massett Inlet, and home of the once majestic Golden Spruce, that was felled by a eco-terrorist. I would suggest if you are interested in learning about Haida Gwaii pick up a copy of "The Golden Spruce" by John Vaillant.


Soon we were rolling into Massett, or rather past it. We had to hit a lunch spot before we could go to North Beach. Our restaurant today is the "Trout House" a hidden gem that anyone who visits the island should seek out and enjoy. The eatery is in a stack-wall house that was built by someone with things they could pull off the beach. It had huge funk factor and I couldn't stop taking pictures and looking at everything with wide eyes. The walls had pieces of glass embedded in them as well as glass balls and old bottles.  The table was made from a monster slab of wood of what I could assume was an old growth spruce. The food set this place apart. We had burgers, beef and veggie, as well as a variation of Poutine. It had potato wedges, miso gravy with chantrelles and goats cheese melted on top. It was a fantastic plate, and I must re-create this dish at home. The owner and chef came and sat with us and we chatted for a while before we bid farewell to carry on.


The gravel road to North Beach had some cool forest scenery. There were sand dunes that were covered in moss and had large spruce tree growing out of them. I had never observed a forest floor with this kind of rolling landscape. The spruce trees also had large balls of moss growing off of them. It was very cool. We pulled into North Beach and considered driving out onto the sand. Although we declined, it is allowed here. I was surprised, but I guess there is very little traffic to warrant a ban. There was two vehicle out on the sand, one was being driven along beach combing, the other was parked with the people enjoying a fire. We wondered down about a kilometer looking at pretty shells and interesting driftwood. We stopped for a rest in some beach grass. I was snapping pictures and playing with my camera, while the girls chatted and weaved the long, wide beach grass. Tow Hill loomed in the distance across the creek. The day wasn't getting any shorter so we headed back to the vehicle and drove a short way to the Tow Hill and Blow Hole trail head.


Tow Hill is approximatively 100 meters above the Blow Hole. The hill is basically a sheer drop on the water side, but there is a steep trail up the opposite side to the top. The Blow Hole is so cool. The ocean rollers come in from the open Pacific and ,if the tide is right the water hits the rocky shore and is pushed up through a hole in the rocks and shoots way up in the air. It would probably go 20 feet up. It also made a really cool sound. We stayed for a while hooting and hollering at the waves as they came in. The mist was thick in the air. It was surreal.


We had to keep going so we headed up the trail to the top of Tow Hill. It was a bit of a hike and took about a half an hour to the top. It is mostly board walk and stairs all the way up. The view over Agate Beach was worth the effort. Pretty awesome. After a couple of pictures, it was time to go down and head back towards home. First we had to stop at a small bakery on route. It was located inside some ladies house out on the road between the beach and Massett. She had some nice treats there, and we made it just as she was closing.


We took a short side trip into Port Clements to the Golden Spruce trail. This was a must see while on Haida Gwaii for me. It was a quick walk into an old growth spruce forest to the site of the tree. It was located across the Yakoun River and the skeleton of the tree was still laying there. It was pretty sad to see. I can't imagine how the Haida felt about this tragic event.


We ordered pizza on the way home after some funny cell phone confusion and we ate dinner in front of the tv. It was a nice day, and I can't believe that we only had one more day in this paradise...... 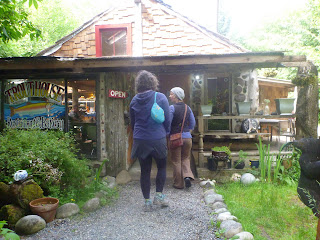 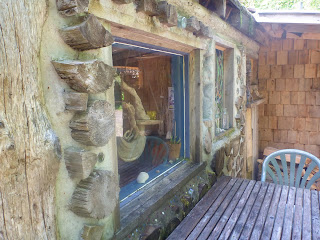 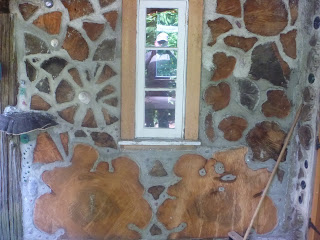 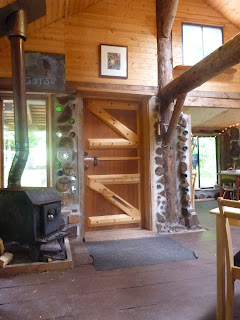 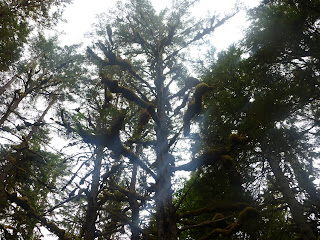 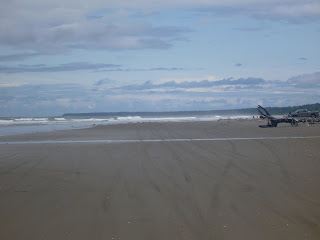 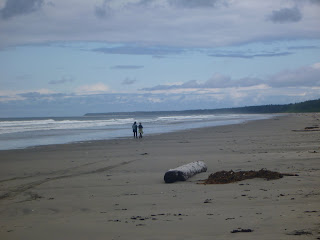 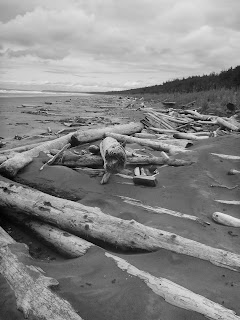 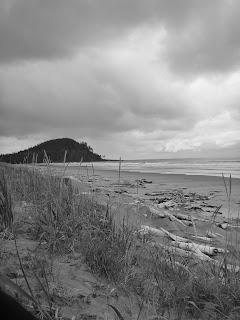 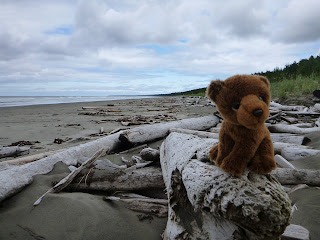 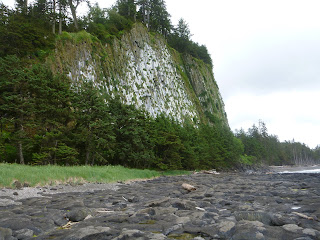 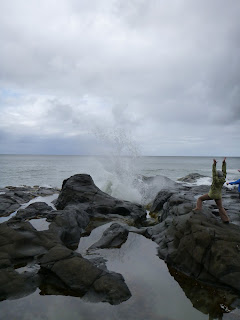 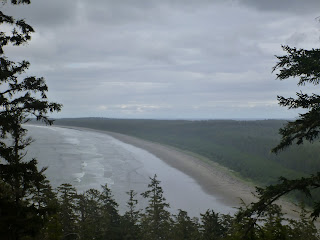 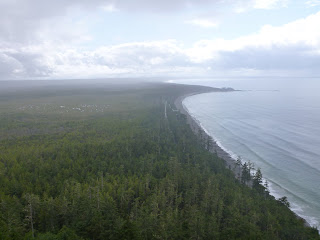 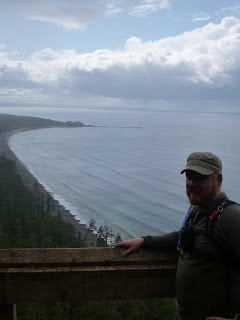 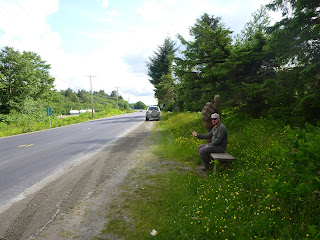 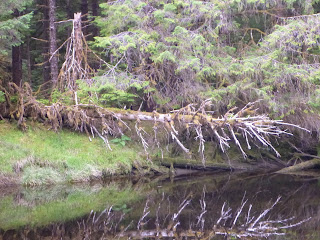 Posted by Blayne Prowse at 9:22 PM