We spent two really nice days in Haines. Good company, great setting, beautiful scenery and Payday bars. We did some souvenier shopping, eating at the local coffee shop and wandering around aimlessly. It was so nice to be off the bike for a couple of days to let the rear end heal. We topped off our stay with a quick swim in the ocean in front of the cabin and soon we were bidding farewell to our hosts and reluctantly rolling out to catch the ferry south. And no, the two days didn't heal the sores.

We arrived at the ferry terminal to find Urse and Chris already waiting for the boat. We prepared our gear to take up just what we needed, and leave the rest with the bikes. The ferries are so different from the ones in BC. They load from the side, which is the first difference, and the vehicles have to turn around and they are loaded in sync with how they get on and off. This boat would be stopping at Skagway, Haines, Juneau, Petersburg, Wrangell, and Ketchican. We hurried up to the top deck to secure our chairs, which would be our beds and main sitting area. The boat was quite busy when we arrived, and we were happy to get two seats undercover. It was roasting hot in there because they have electric heaters on the ceiling that are on all the time. The sun was shining in through the solarium, plus the heaters made it almost unbearable. I was feeling a little overwhelmed with the though of sitting in that heat with the crowd. Luckily most of the crowd was on a bus tour and they departed the boat at Juneau.

The food on the ferry was a little on the crappy side. The coffee was terrible, probably some of the worse I have ever had. I would really suggest that if you plan on being on this type of cruise, bring you own food. The fresh to order sandwiches were good, but everything else.......not so much.

The ferry passed through some beautiful water on route south on that first day. We saw many glaciers, especially near Juneau. The sun set was spectacular, and with the long night, I was up late reading. I finally drifted off for a decent sleep. We awoke to a completely different day. The sun had been replaced by drizzly foggy weather. The mountains were all hidden by the fog. It did make for an interesting experience. It was really west coast feeling, especially with the multitude of commercial fishing boats all around. Petersburgh was full of boats. It reminded me of being in Campbell River when I was a kid. Wharves full of trollers, seiners, gill netters and crab boats. I was saddened that we never saw "The Northwestern" but we were in the wrong place for those crazy dudes.

We spent many hours reading, chatting with the other "campers", taking pictures and napping. It was so relaxing. The Wrangell narrows is an impressive place. It is 35k long, and has over 60 buoys, lights and markers to guide vessels through it. The ferries and commercial boats use it, but the larger cruise ships cannot as it is too shallow for them. It was pretty neat to be that close to shore on a 400 foot plus boat. We went ashore in Ketchican, as we had a two hour wait there, and it would be our last chance to set foot on American soil. I knew what I had to do. We walked off the ship, and right to a grocery store. I had forgotten in Haines to stock up on Payday bars. I had six greenbacks left and change and I was able to buy 5 bars. I was so happy. I was content to get back aboard and settle in. We had a 4am wake up call.....

I was loud when the PA went off at 4. The lights of the Prince Rupert port were bright, but the day was still foggy and mist. We laboured to pack our stuff up for our departure. Sluggishly we made our way down the stairs and  found our bikes as we had left them. Off the boat and through customs and we were back in Canada. Now we had some figuring to do. Our ferry to Haida Gwaii was either today or tomorrow. We rode into Prince Rupert at about 5am, it was just getting light. There were many sport fishers getting ready to head out on the water. We found Tim Horton's(my favorite:( and sat down to eat and have some coffee. There was a creepy guy walking around our bikes outside, looking like he wanted to rip them off, so we decided we better beat it. Finally getting a hold of BC Ferries, and found out that we were not leaving until the next morning, we went and booked a hotel room. It was just right. We spent almost all day in there, watching silly TV shows. We did go out to eat, and wandered down to Cow Bay and Cowpuchinnos coffee shop. It was excellent. I talked to my daughter and we both cried. There were six bald eagles in the tree beside us. That was cool. We hit the grocery store on the way back to the hotel and that was about the day.

The anticipation of Haida Gwaii was very strong. Its hard to believe I slept that night. 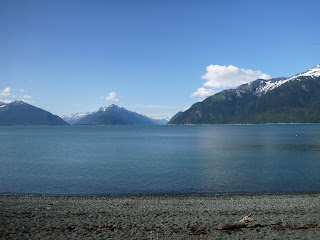 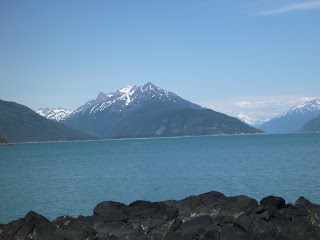 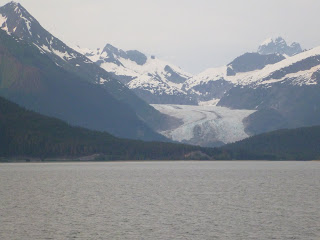 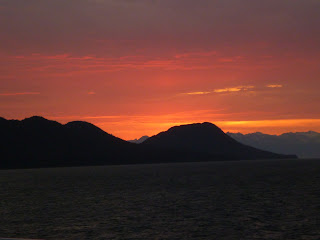 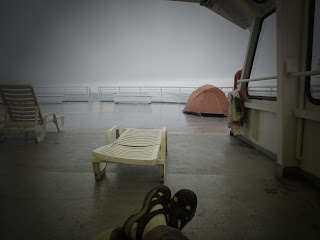 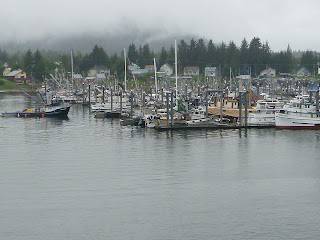 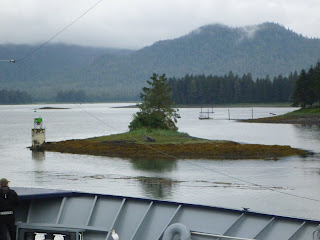 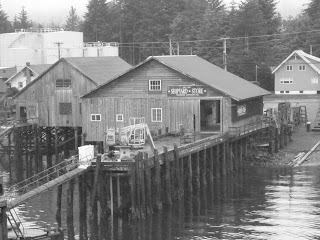 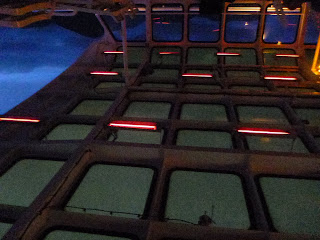 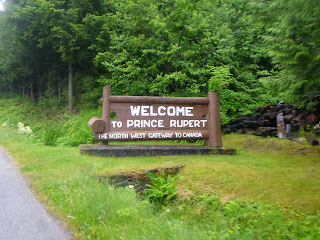 Posted by Blayne Prowse at 8:48 PM