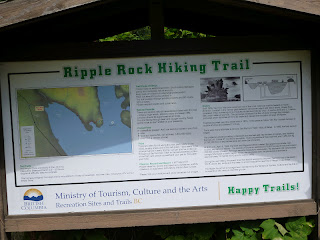 My sister, Mandy, and I were talking early on in the adventure planning. I was mentioning the different possibilities that Natalie and I would undertake as adventures, and I mentioned Ripple Rock Trail. She told me that her late husband, Mark, had wanted to do the hike and didn't get a chance, as he was taken from her way to soon. She really wanted to join us on the adventure to see what Mark didn't get a chance to. She got the idea to invite Marks sister, Leanne, and neice Livia on the trip, as well as our mom and step-dad. Mom also invited her friend Lynn to enjoy the day with us. Step-dad Brian couldn't make the hike because of a fishing caused toe injury. His friend and the captain of the boat accidentally stepped on Brian's foot, causing him a very painful injury. Such an unusual way to get injured. 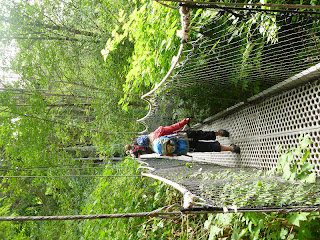 We all arrived at the Ripple Rock trail head just after 10 am on the Sunday morning. Natalie and I left early from home, taking the Inland Island Highway to Campbell River. Since we were nearly an hour early we pulled into The River Sportsman store on the banks of the Campbell. I wanted to show Natalie all the taxidermy. All of the big game animals, birds, fish, and little fur bearing critters are on display in the store. She got a real thrill from the grizzly bear in the glass case with salmon laying on the rocks. She really wanted a cool camo jacket for hunting, but I refrained from buying it for her. We browsed the camping gear and fishing tackle and we purchased a bear bell for Marshall. I forget his at home and he was joining us on the hike. I wanted to make sure that other hikers were warned before he came up behind and scared them. 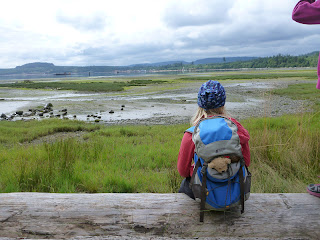 Ripple Rock was a marine hazard in Seymour Narrows that caused many marine accidents over the years including the loss of 110 lives between 1875 and 1958 when a plan came together to drill a hole down into Ripple Rock from Maude Island and pack it full of T.N.T. 1375 tons worth. The blast was the largest non-nuclear explosion in history. The rock previous to the explosion was only about 9 feet under the waters of Seymour Narrows at low tide, causing more turbulence and larger vessels could run aground and sink in the treacherous waters. The explosion blew forty feet from the top of the rock and now the marine hazard, while still treacherous is much safer. If you haven't witnesses Seymour Narrows or any of the other tidal narrows on the coast of B.C., I recommended having a look, and seeing the power of the ocean. 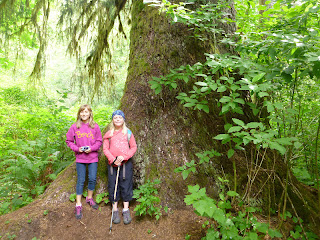 The first kilometer of the trail is a hill going down along a powerline, with some stairs built to assist on the steeper parts. At the bottom a fun suspension bridge crosses a small creek. We all had fun crossing the wobbly bridge. Marshall really didn't know what to think of the catwalk across the stream as it swayed under his feet. Natalie and Livia were checking out the large spruce trees growing on the other side of the creek that were much bigger that trees they usually see. Soon the trail came out at a protective cove on the edge of Menzies Bay. The sun was high and hot but the tide was low so we couldn't get to the water. The mud flat was very soft. Marshall ran out on it but didn't take the opportunity to swim. 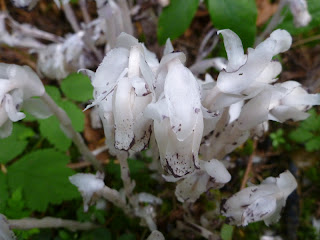 The trail overall is moderate in difficulty. Some fairly steep climbs with roots and loose rocks are present and not for someone with any physical difficulties. Narrow and bushy in places make this route seem more remote than it is. We played on the old growth rotting stumps and ate fist fulls of huckleberries. We saw a strange plant growing in the understory. Everyone handled the hike really well. We took a few breaks so the kids and grandma could catch their breathe before climbing. One steep staircase brought us up onto a manzanita and pine covered rock bluff, the arrid plants growing right in cracks in the sand stone underneath. We made our way to the look out over Seymour Narrows for lunch. What a view! Perched about a hundred feet or better above the water, making the boats below look tiny, but the whirlpools didn't. The vortex would form out of nothing. It is understandable how a boat could be swallowed into the abyss. 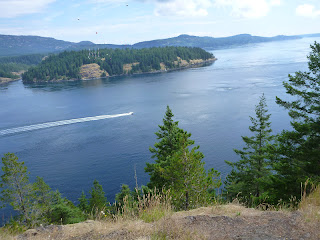 Lunch was great and we stayed for about an hour before deciding to move on and head back. I promised Natalie a treat once we arrived back in Campbell River and we needed to walk at a good pace to get back to the Element. She ran out of water and that caused her a little bit of an issue, so I shared my hydration pack with her. Feeling like a cow feeding a calf, I hesitantly let her suck some water from the tube. She thought it was pretty funny that I felt like a cow! The lifted her spirits and get her feet moving a little faster. Natalie can be really good at dragging her feet when she wants to. It can be very frustrating. She did really great, but by the end of over 8 kilometers she was spent. We got back to the car and enjoyed some cold water and air conditioning. I followed through and we stopped for "frosties" at Wendy's on the way to Leanne's house for an after adventure dinner. 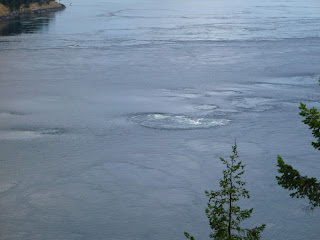 The Ripple Rock hike was another on the list of adventures that was added early. I had been aware of the trail for many years, since I worked in Port McNeil after high school. Seeing the signs on our drive back and forth peeked my interest. It only took me fifteen plus years to accomplish the hike. It was well worth the wait. Find Adventure. 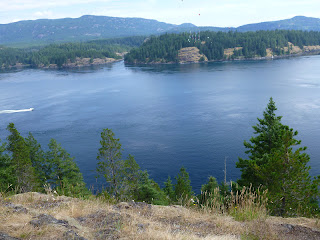 Posted by Blayne Prowse at 8:12 PM